Last week, the Academy Award nominees were announced, and now people across the globe are rushing to watch the films in the running for Best Picture before the ceremony on February 9.

We curated a list of nine homes inspired by Oscar nominations to keep the cinematic magic alive long after the winning flick is selected. 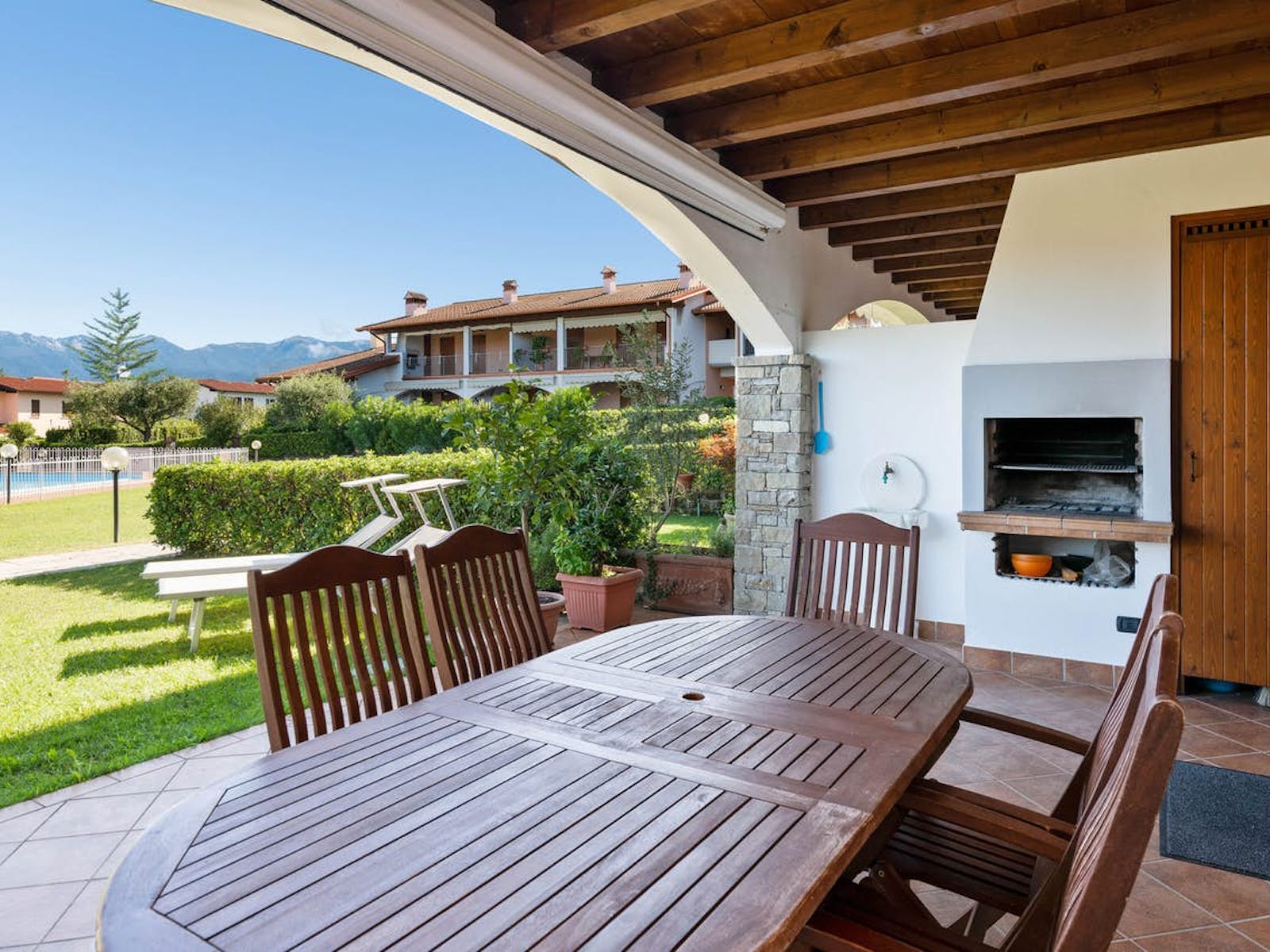 Stay at: Comfort on the Lake

First up is this cozy, poolside apartment near Northern Italy’s Lake Garda. You won’t have to worry about the cool sports car you rented at the airport—because there’s parking aplenty, and it’s free. Put on your driving gloves and careen along narrow Italian roads to the Ferrari headquarters in Maranello, less than two hours away. You’ll feel like Christian Bale in no time. 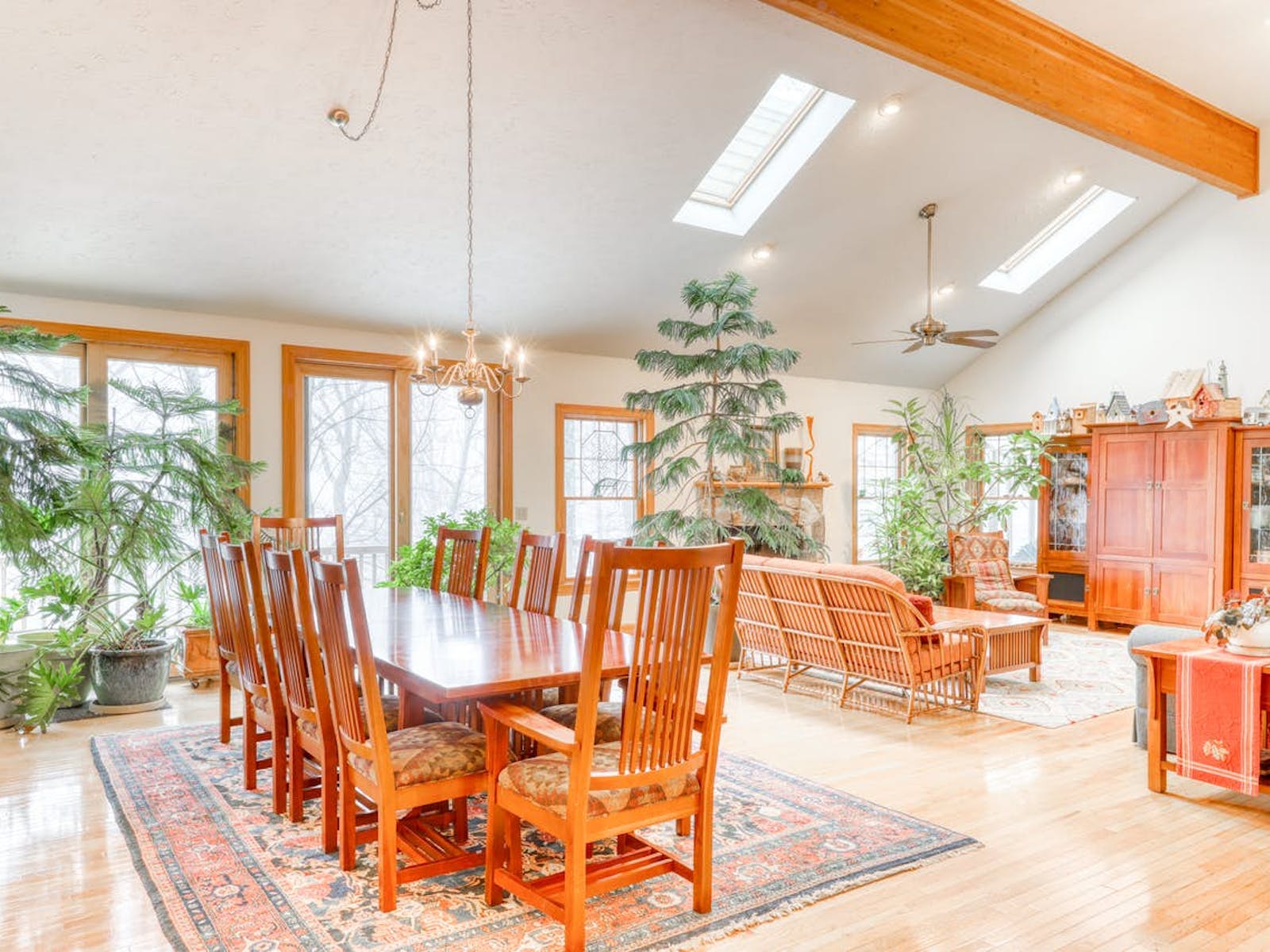 Inspired by: The Irishman

Reportedly, there were 117 filming locations in total for The Irishman, mostly throughout New York, Ohio, and Pennsylvania. We narrowed our pick down to this Pennsylvania home fit for an Italian-style family gathering. It’s less than two hours from Philadelphia, where The Irishman is set, and approximately one hour from Orange Top Diner, where multiple scenes were filmed. Nearby, Jessie’s Bagels in Sloatsburg, New York, was transformed into a 1970s Sunoco station for the movie. You can walk the same grounds as Robert De Niro when he had that iconic phone conversation with Al Pacino. 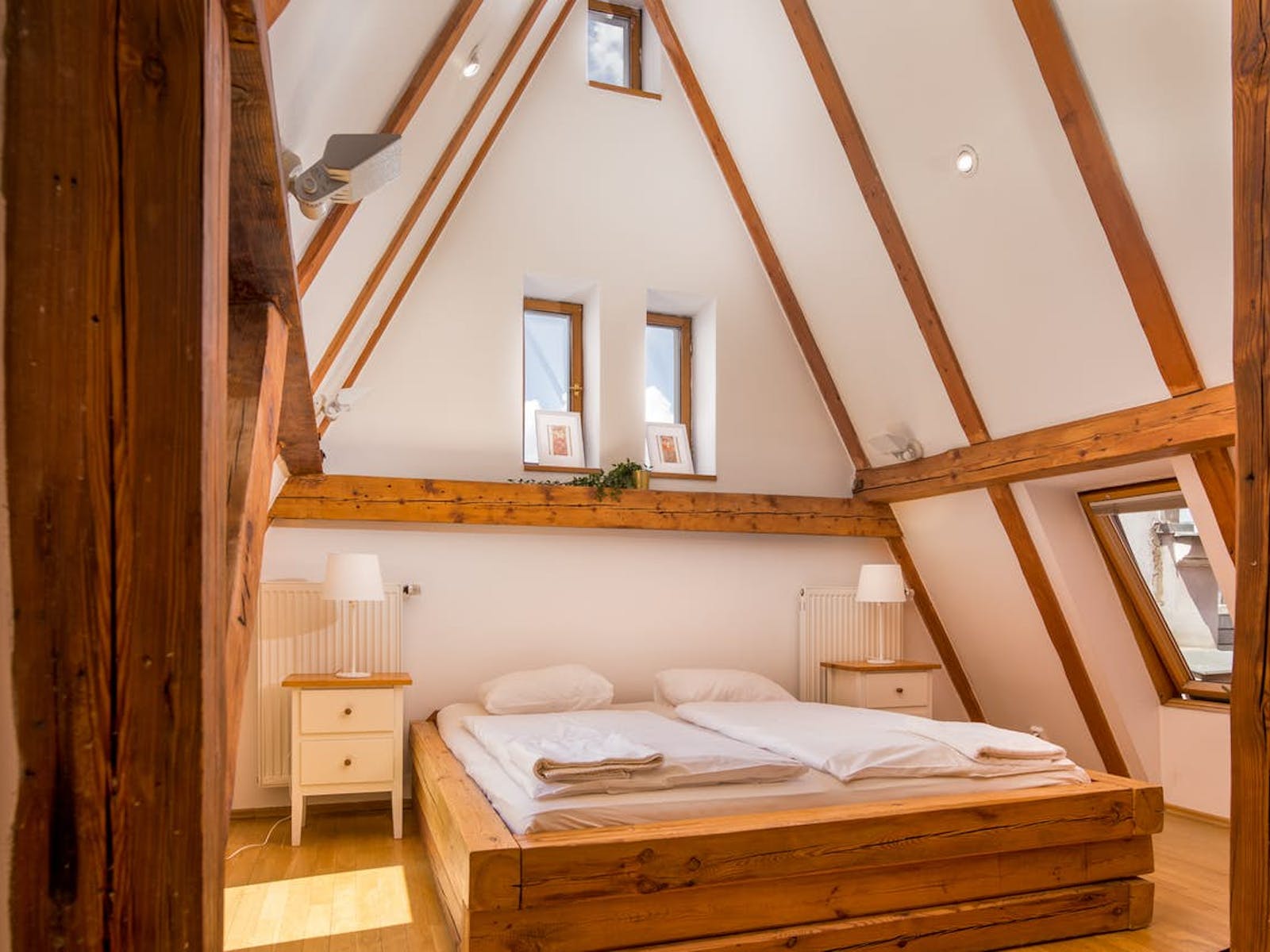 This spacious three-bedroom apartment places you in the heart of historic Prague, where many scenes from the anti-Nazi satirical comedy Jojo Rabbit were captured. Filming locations such as the famous Barrandov Studios and the grand Petschek Palace are both within walking distance. And, if you want to learn more about the tragedies of World War II and pay your respects, there’s no shortage of memorials commemorating those who lost their lives. 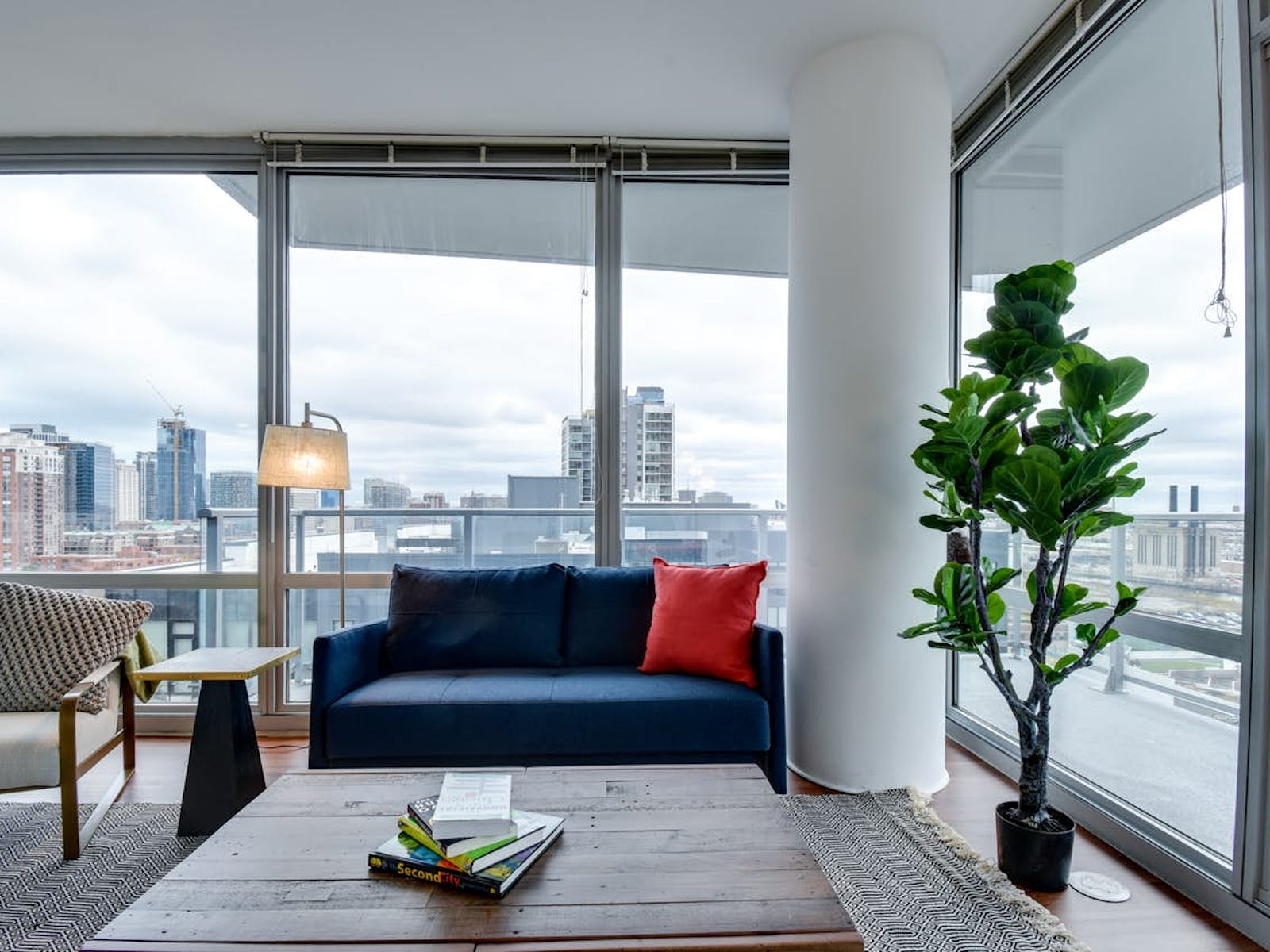 It’s heavily debated whether Gotham City is inspired by Chicago or New York—but we think it’s probably a bit of both. No matter what camp you’re in, this Chicago apartment’s 360-degree view and unbeatable balcony will instantly make you feel like you rule the city. It’s the perfect setting to maniacally cackle and plot, if that’s what you’re into. 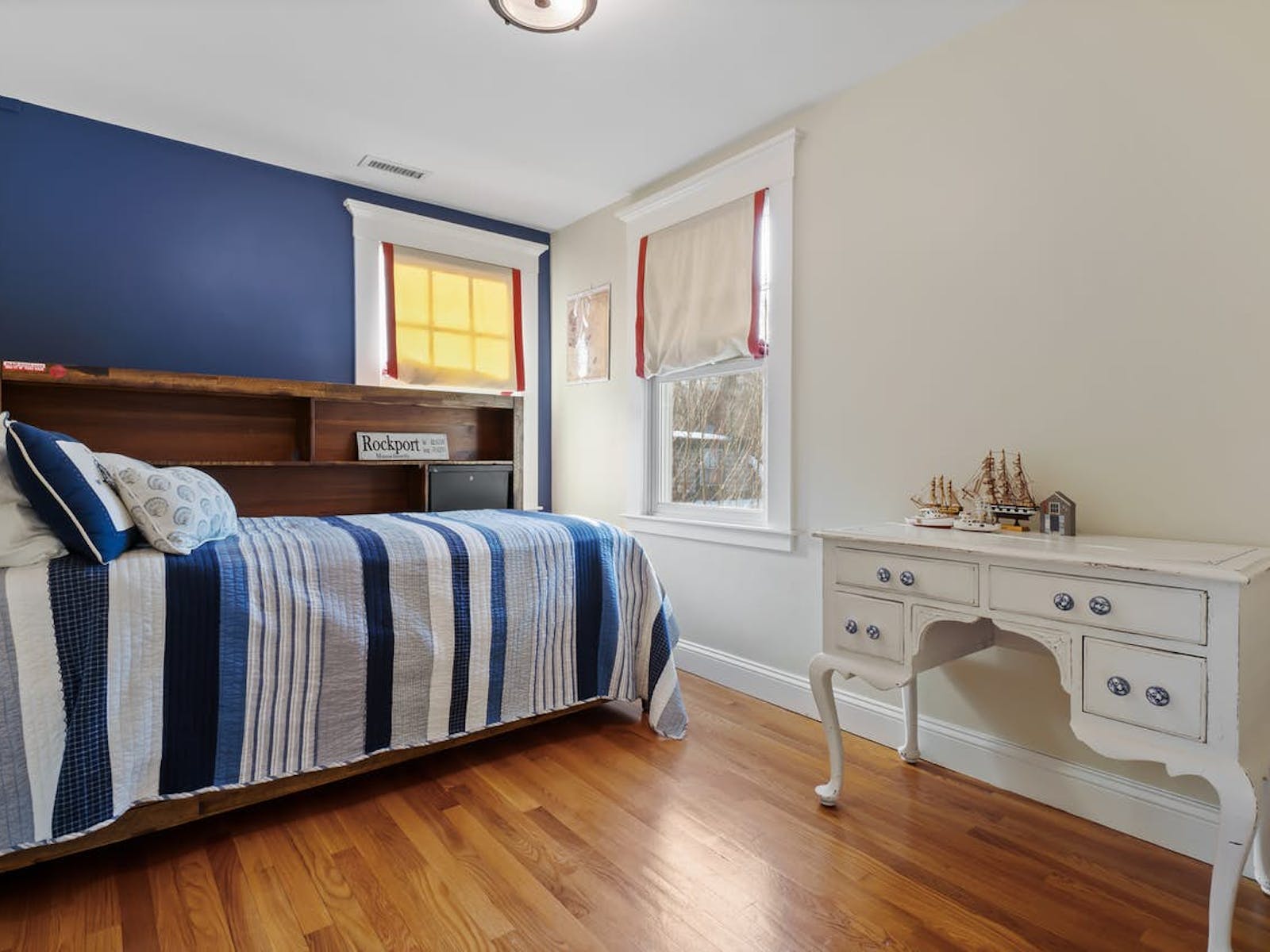 The classic novel and movie adaptation of Little Women is set in New England during the American Civil War. The unnamed town is often believed to be loosely based on Concord, Massachusetts, where author Louisa May Alcott grew up. Whether you consider yourself an Amy, a Beth, a Jo, or a Meg, you’ll feel just like a member of the family in this traditional home on the coast of Massachusetts. It has a glass sunroom, a wood-burning fireplace, and a bedroom for every March sister. 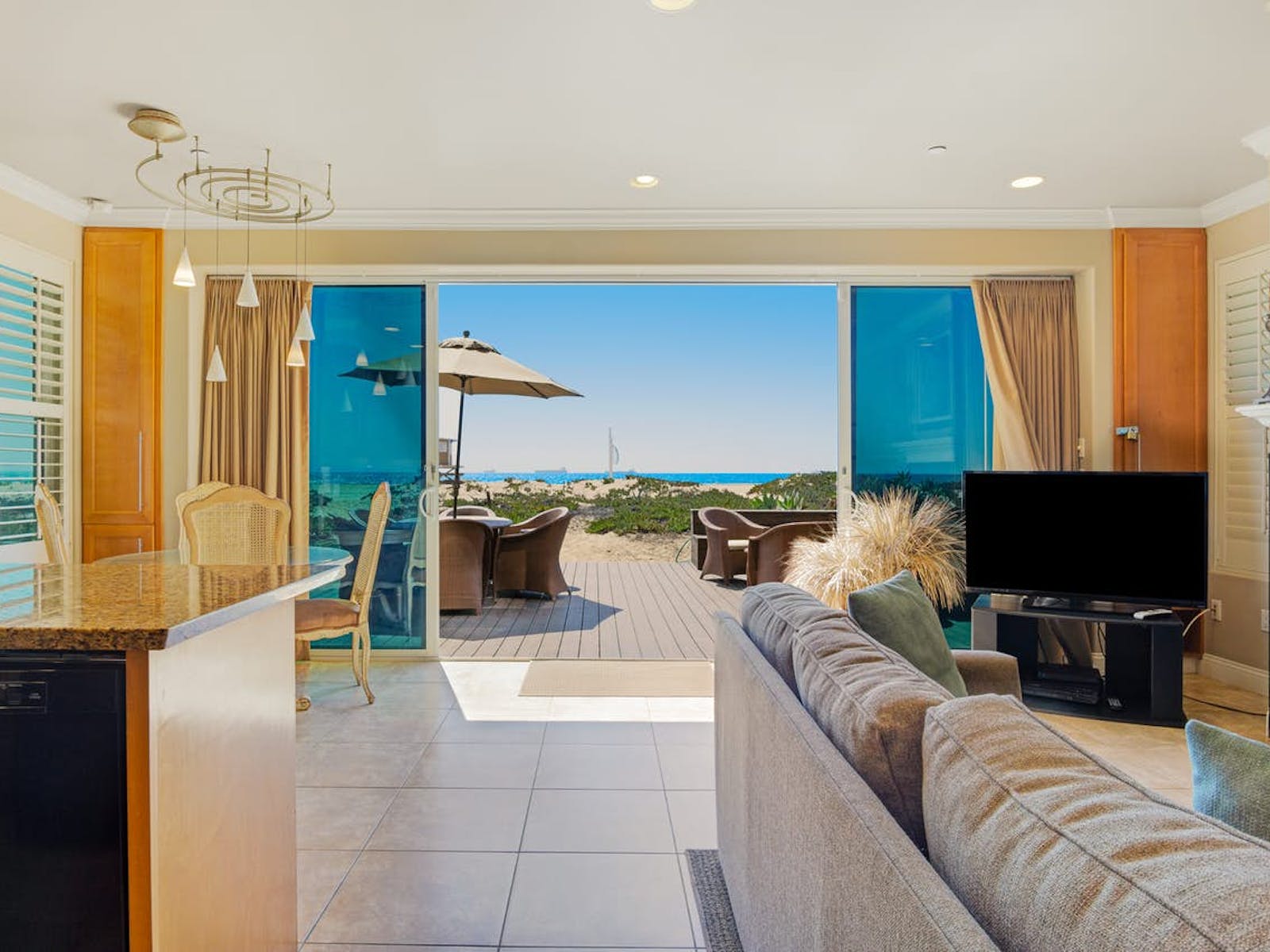 Stay at: Sunset Beach on the Sand

The two main characters in Marriage Story, played by Scarlett Johansson and Adam Driver, were constantly at war over whether to call L.A. or New York City home, but—spoiler alert—the Golden State won at the end. We’d like to think they eventually ended up somewhere beachy—separately, though. Definitely separately. You, too, can live like a star (or a director) in this oceanfront home with a living room large enough for theatrical arguments. 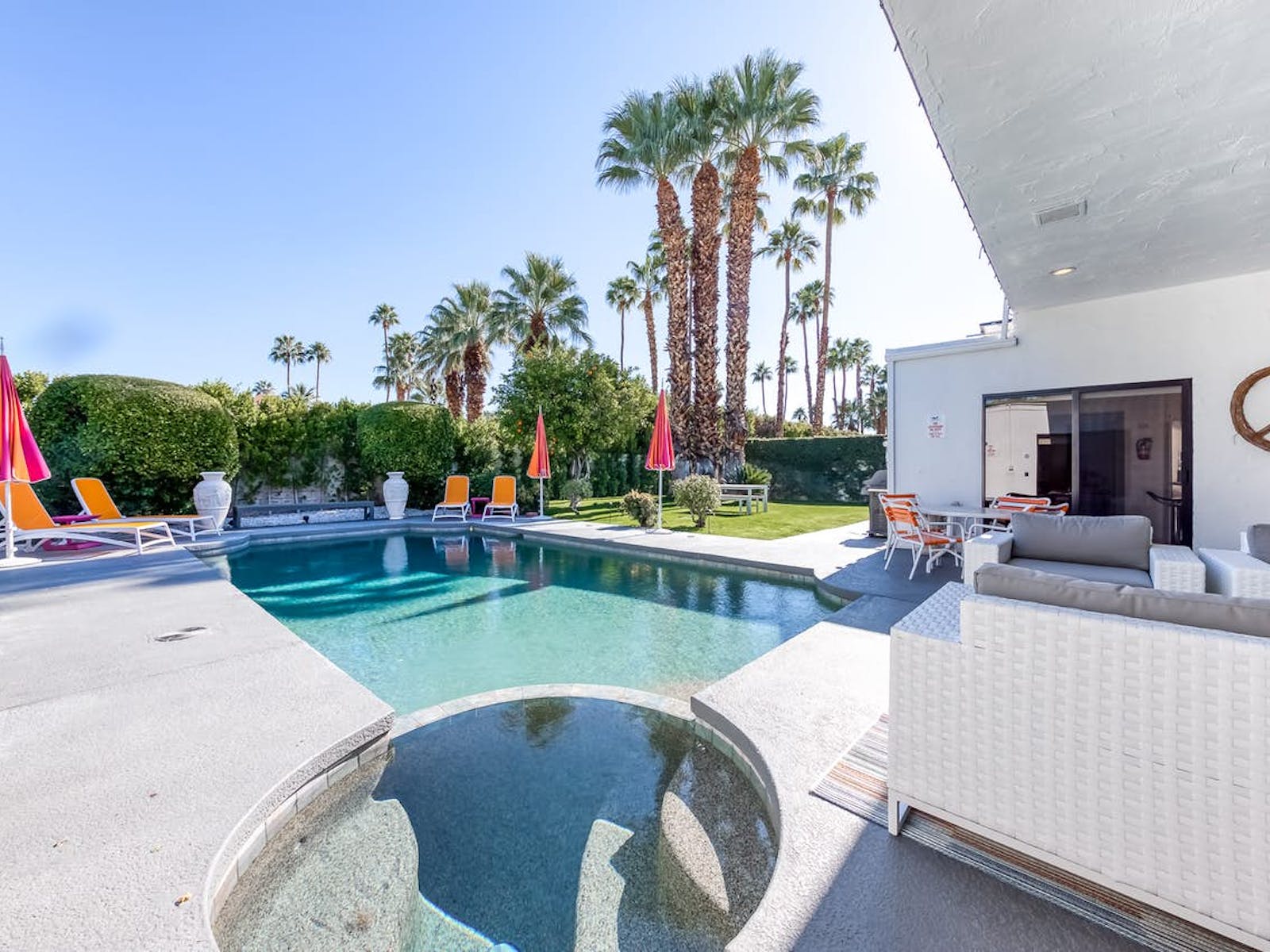 Inspired by: Once Upon a Time in Hollywood

We recommend keeping your distance from Spahn Ranch in Death Valley, where the Manson family used to reside. Instead, head to A-listers’ favorite hideaway: Palm Springs. This spacious home with breathtaking mountain views is located in The Movie Colony neighborhood, where the glamour of old Hollywood remains alive. This celebrity-grade retreat even has its own private pool, so you can listen to classic tunes while sipping whiskey on a floatie, Leonardo DiCaprio-style. 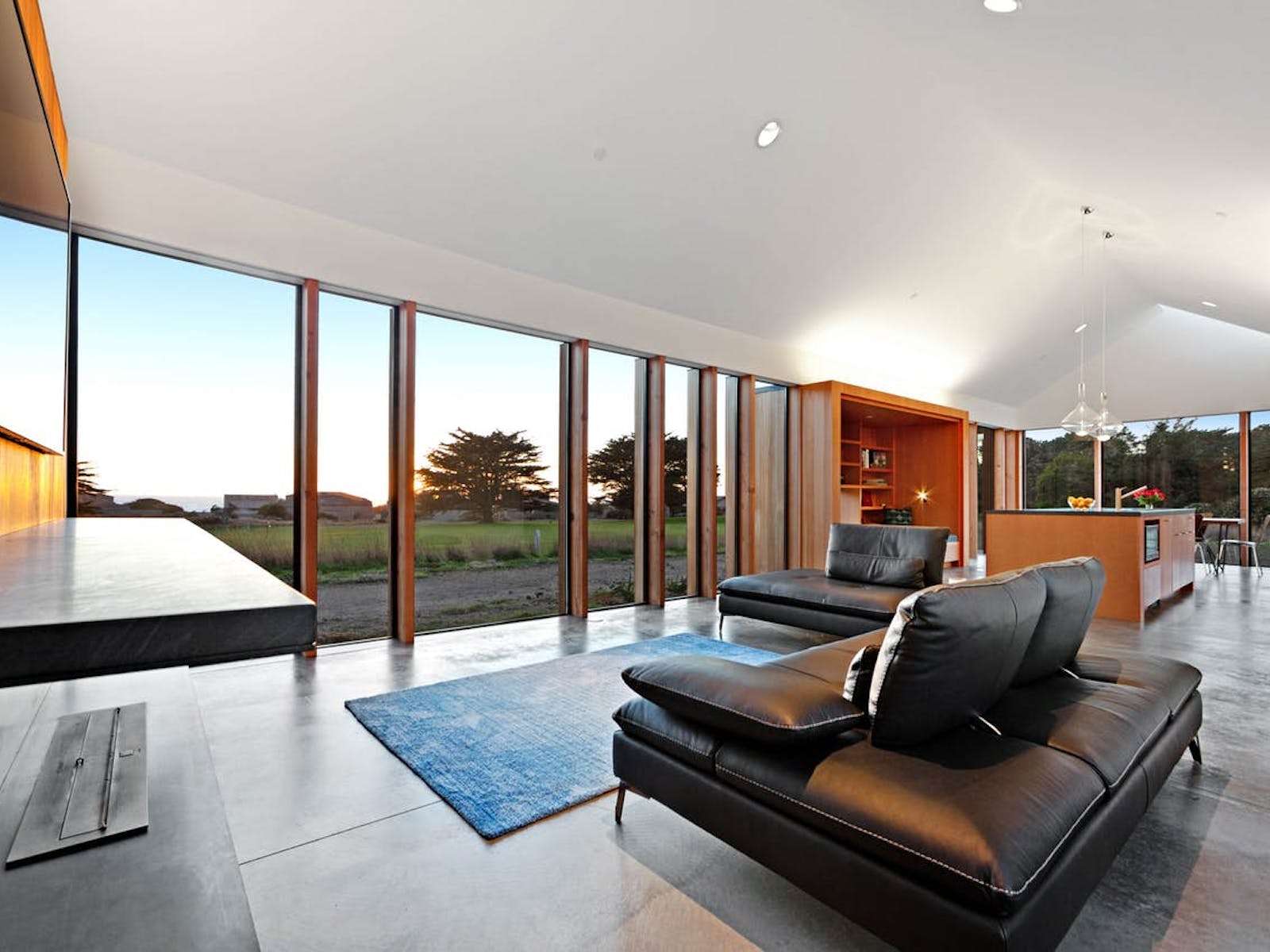 If you’re a fan of Parasite, you’re probably obsessed with the house in the film, and the elegance of its design. It’s a point of fascination that has been covered extensively by media outlets, including Architectural Digest. If you’re craving a getaway inspired by the Kim estate and want to avoid the time and expense of international travel, we have an alternative you should consider. Like the Parasite house, Sky Fall features a similar modern interior, upscale furniture, and grand glass walls. And the best part? There’s no basement to house a man bent on revenge. 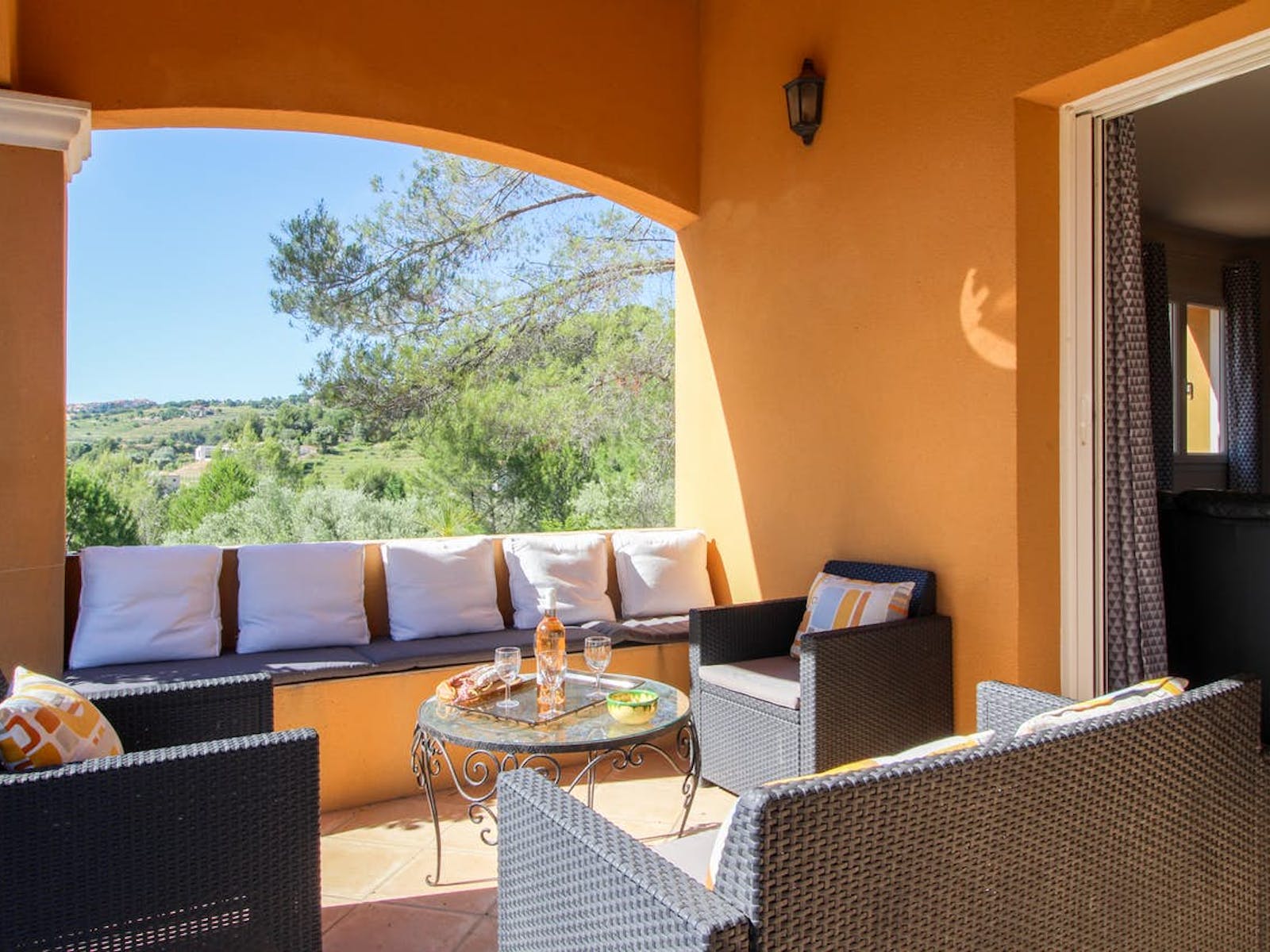 The esteemed World War I flick 1917 follows young British soldiers on an impossible mission through enemy territory. At Villa Vineyards, you can vacation near grounds where the war was fought, with sprawling views of the land. From there, hop on a quick puddle-jumper flight to visit Thiepval Memorial, honoring the 72,337 missing servicemen who died in the Battles of the Somme. 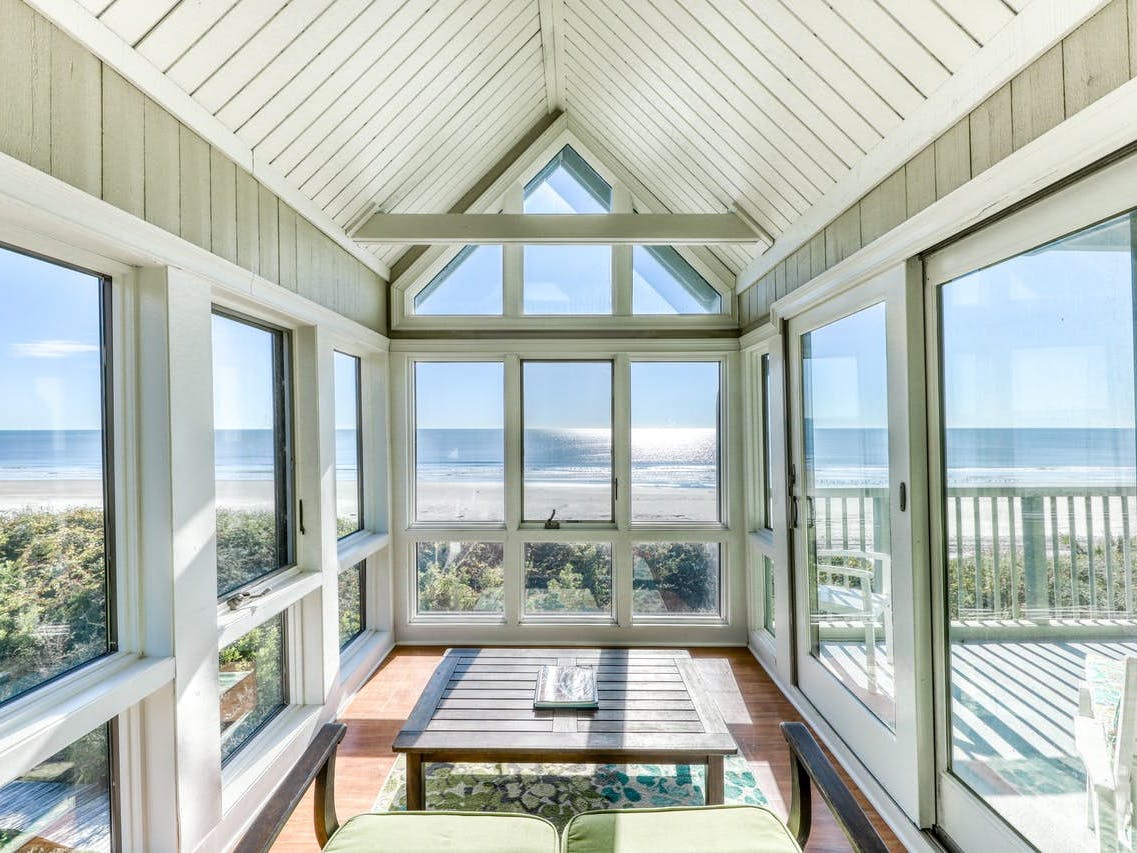